The mid-term election results will have a significant impact on the industry, particularly regarding restaurant labor laws.

Restaurants in Missouri and Arkansas will soon pay minimum wage employees more money. Voters in Missouri elected to increase minimum wage from $7.85 to $12 an hour by 2023. Rates will rise by 85 cents per year for the next five years. Arkansas voters elected to gradually increase minimum wage from $8.50 an hour to $9.25 in 2019. Wages will then increase to $10 in 2020 and $11 in 2021. While these aren't the only examples of the election results impacting restaurant labor laws, they may be the most significant. 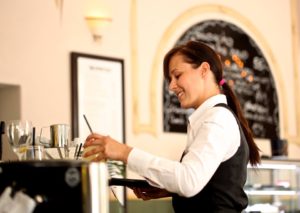 According to the Washington Post,  more than 675,000 Missouri workers will get a raise as a result of this vote. In Arkansas, the minimum wage increase is expected to impact roughly a quarter of the state's workforce. When the minimum wage hikes are complete, both Arkansas and Missouri's rates will rank among the highest in the country. In Arkansas, its minimum wage in 2021 will rate as the highest in the country in relation to its median wage rate, which is roughly $14.80 an hour. This effectively shrinks the gap between the middle class and those earning minimum wage.

What This Means for Restaurants

Labor costs are a considerable expense for any restaurant, and an increase in minimum wage will significantly impact those costs. Drastic changes in employee wages should be taken into account when optimizing schedules. Additionally, increasing minimum wage could affect the skill levels of people restaurant jobs attract.

Last month, we talked about how fewer young people were taking part time jobs, but what if that changes with increased minimum wage rates? Will more young people change their mind and join the work force knowing that they'll be making a better wage? Will those young people gravitate to the restaurant industry? If so, more restaurant labor laws regarding minors may pertain to a larger portion of your workforce, especially if Arkansas and Missouri become part of a larger trend and more states increase minimum wage.

Arkansas and Missouri's minimum wage increases weren't the only results of note for the restaurant industry. A 'Sunday Brunch' bill in Georgia passed, which will move up liquor sales to 11 am on Sundays. In Anaheim, California, voters elected for businesses with 25 or more employees that receive a city tax subsidy to increase minimum wage to $15 an hour by 2022. In addition, a number of Governor elections, which included 7 seats changing party, could result in new laws that impact restaurants in several states in the coming years.

This election shows that restaurants should always be mindful of what's happening in the society around them so they can comply with any new regulations. A system that allows restaurants to be agile and optimize labor management will help ensure profitability, even when new laws dramatically increase costs.